What is “financial planning”? A case study – the Council House. 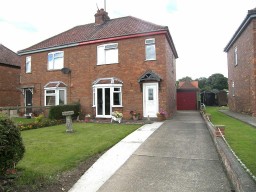 I hope this case study will begin to paint a picture for the reader of what financial planning really is all about. In this particular study, I use actual Clients to show how investment, Wills and Trusts, outlined elsewhere on this site, can be drawn together to create a bespoke, comprehensive plan. The case study also highlights the gulf between Financial Planning, which is what I practice, and Financial Advice (Sales) espoused by some Banks and Building Societies.

I’ll call this couple Arthur and Mary – actually my Parents’ names – and describe their situation, where they were financially when I first went to see them and where they are now.

Arthur is aged 78 and has just retired for the second time from working at the local supermarket; he had previously taken early retirement when the engineering firm he worked for closed down. Arthur had been married previously and has a Daughter, Sandra, and Grandchildren, from that relationship. Mary is aged 66 and has been the home-maker. She and Arthur have a Son, Robert, aged 42, who has mental health issues and is dependant upon them, although he is in receipt of some benefits.

Arthur and Mary have lived within their means throughout their lives together and had resided in the same council house since 1977. Their only real savings had come from Arthur prudently trying to put away his earnings from the supermarket so as not to become accustomed to that extra income. However, in 2007, following the recent death of her Father, Mary inherited a quite substantial sum of money – in excess of £200,000.

Whilst unsophisticated from a financial point of view, Arthur and Mary recognised that they needed professional advice and turned to Mary’s Bank and their local Solicitor, the former for financial advice and the latter for advice regarding their Wills.

The Bank, at the time, was, from regulatory point of view, “multi-tied”, in other words they advised upon products from a limited range of Providers, including the Bank itself. Over a period of a couple of years, a total of some £170,000 had been invested, £120,000 with the Bank and £50,000 with a leading insurance company. The nature of the investments is immaterial for the purposes of this case study, but the advice, or lack thereof, between 2007 and the couple approaching me in 2014, is relevant.

In the written recommendation dated in July 2007, a portfolio with the Bank’s Investment Management arm was to be set-up with £70,000, using the couple’s Individual Savings Account (ISA) Allowances, both at the time and into the future. In reality, only two years of ISA Allowances were used, so the couple has lost out on the tax benefits over the remaining period. By 2014 all of the portfolio should have been in ISAs, whereas only some £30,000, out of a total on £75,000, was in ISAs.

Also, over the years, there have been two changes of investment within the portfolio, one at the instigation of the Bank, because a product was withdrawn, and one at the instigation of the couple, because they wanted to start taking an income. On both occasions, the Bank merely sent out a list, with very limited definitions of risk and reward, and asked the couple to make a decision. How?

Later, Arthur was persuaded to invest some of his accumulated savings by his Bank, which, at the time, was tied to AXA, so only recommended their products. When I was called-in – Mary had spoken first to the Money Advice Service, which then recommended the Society of Later Life Advisers, leading to me as the local Accredited Adviser – they were swamped with paper and really didn’t understand how their money was invested.

The elephant in the room

The “elephant-in-the-room” here, however, is the council house. Valued at £120,000 in 2014, Arthur and Mary qualify for the maximum discount, so could buy the property, under the Right-to-Buy scheme, for just £48,000! Which of the investments recommended by the Bank was better than this? An instant (subject to a 5-year resale moratorium) tax-free profit of some £70,000, plus the saving of rent, which is equivalent to a tax-free return of 9% per annum!

These particular Banks, which no longer offer financial advice from their branches, were just interested in maximising revenue by selling products, not looking at the wider financial needs of these, or any other, customers.

The Solicitor, who turned out to be a Trainee, prepared Wills for Arthur and Mary based upon their instructions. These instructions were that, as Robert is dependant upon them, he should have the majority of their estate. However, they also wanted to benefit Sandra. The result was that they had Wills that left everything to each other on the first death and then 90% to Robert and 10% to Sandra on the second death. However, preparing a Will is not just about taking the Clients’ instructions, drafting a valid document and then ensuring it is correctly executed. It is about understanding the financial context, the family dynamic and then giving advice on how the Will should be constructed.

The questions the original Wills posed to me, included: Could Robert manage an inheritance of some £250,000? Would such an inheritance affect his entitlement to any means-tested benefits? Does Robert have the capacity to make a Will himself to dispose of his assets on his eventual death? Would the inheritance make Robert vulnerable to “gold-digger” or fraudster?

Incidentally, the Solicitor also failed to prepare, what would have been, at the time, Enduring Powers of Attorney, to enable Arthur and/or Mary’s financial affairs to continue to be managed in the event of a loss of capacity.

Where are they now?

So, where are Arthur and Mary now? Well, with my help they have:

This is what financial planning is all about, seeing the broader picture, understanding how all the pieces of the jigsaw fit together and what the consequences of action or inaction in one area are upon another area. Understanding what it is the Client wants to achieve now and into the future and putting together a plan that fulfils those goals. Most importantly, I will now be having at least annual meetings with Arthur and Mary to ensure their needs haven’t changed and that the plan is still on course.

I liken the whole process to satellite navigation in the car – I work out where someone is now, where they want to go, plot a course and then keep them on that course, avoiding the financial obstacles en route. Through regular reviews, I ensure my Clients never have to ask a stranger for directions again!

Would your financial plan benefit from a thorough review, if so, speak to me today or complete the form below.