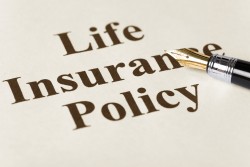 This case study examines the Inheritance Tax (IHT) exemption for gifts that constitute normal, habitual expenditure out of income, which is outlined in my accompanying blog, and how this can be used to fund the premiums upon a Whole of Life policy. Written under a simple family trust, the policy proceeds then cost-effectively compensates the beneficiaries for some or all of the IHT on death.

The clients for this case study, I’ll call them William and Kate, are a married couple aged 67 and 68 respectively, who have three adult children who, in turn, are producing grandchildren. They have a potential liability to IHT of £84,080 payable upon the second death.

We have established that William and Kate are managing comfortably on their pension income and that their investment portfolio will generate at least £6,000 in income, which is currently being rolled-up and reinvested. Consequently, there is a clearly demonstrable surplus income, which could be used for planning purposes. However, before using any of that surplus income for a gifting strategy, it is essential to establish that not only is the strategy affordable now, but also into the future.

One of the tools in the financial planner’s kit-bag is “cash-flow modelling”; sophisticated software enabling various scenarios to be modelled and projected into the future. In this case the “What ifs” would include: the death of William first, the death of Kate first and the survivor needing long-term care towards the end of their life. Following this analysis, it was demonstrated that up to £2,000 per annum of the current projected surplus income was available for long-term planning, which should remain affordable, including after the first death, come what may.

The surplus income can be used for any purpose. Some of my clients just pay the surplus to children and/or grandchildren to help with education or other expenses, establishing the regular pattern by use of a standing order. Other clients, worried about future pension provision, pay up to £3,600 per annum into a pension for each grandchild (£2,880 net and made up by a £720 tax reclaim by the pension provider). In this case, William and Kate wanted the family to have a lump sum on the second death to compensate them for the inevitable IHT charge.

A guaranteed Whole of Life policy on a joint life, second death basis, which is then assigned to a Trust for the family, achieves William and Kate’s objective. This doesn’t save IHT particularly, other than siphoning-off some of the surplus income that might otherwise be accumulated, but it does give the family a tax-free lump sum immediately following the second death. Assuming acceptance on standard terms for William and Kate, on a non-smoker basis, the most competitive guaranteed premium for £84,080 of cover (the assumed IHT liability from above) the cost would be £1,877.18 per annum. By “guaranteed premium” we mean one that cannot be increased by the insurance company in the future for any reason.

A guaranteed Whole of Life policy never acquires a surrender value, so the premium must be maintained right up to the second death, and this is why affordability following the first death is a key consideration.

In this case, other gifting arrangements were in place, which were capping the value of the overall estate, so it was assumed that the IHT liability would not increase in the future. However, in the past, asset values have tended to grow faster than any increase in the Nil Rate Band (see What is Inheritance Tax), so the IHT liability could well increase in the future. Indexation can be incorporated into a Whole of Life plan from the outset, but this often increases the initial premium and most definitely increases the future premiums, which can then bring into question the affordability, especially after the first death.

If you think you have an IHT issue and you want to consider ways of mitigating the impact this will have on your family’s future inheritance, contact me today using the form below.