What is a retirement annuity?

Posted May 2, 2012 by Clive Barwell | Filed under: Retirement and tagged in annuity | pension | retirement 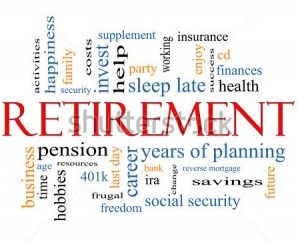 A retirement annuity is a plan from an Insurance Company that guarantees to pay a certain level of income for the rest of the life of the individual – the Annuitant.

The income from a retirement annuity is taxable like any other income and will be added to such things as any State Retirement Pension being paid to determine the overall level and rate of taxation.

As the income from a retirement annuity is taxable, generally people drawing their retirement benefits are often best advised to firstly draw their Pension Commencement Lump Sum (previously and still generally known as the “Tax-free Cash”) before buying the annuity. I say, “often”, as Clients with special terms available, such as a “Guaranteed Annuity Rate” may be best advised to maximise their income.

The rate of income from a retirement annuity depends upon a number of factors, including:

Legislation which came into effect in April 2015, whilst increasing choice, will make the decision of what best to do to generate an income in retirement even more complicated than it is already. So, the need for expert, professional advice is even more essential.

If you are about to retire, talk to me first, by completing the form below.