Wills and inheritance: how changes to the intestacy rules affect you 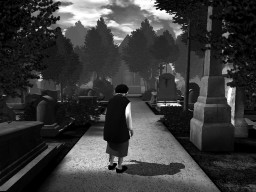 The laws dividing your assets if you don’t have a Will changed radically on 1 October 2014, although one of the most needed reforms has been put on the back-burner. Whilst partners in a marriage or civil partnership get a much-awaited improvement in their outcome, “common law” partners may be shocked to discover they still have absolutely no protection, while the children of married partners may find they are in line for less than they thought.

If someone dies without having made a Will – “Intestate” – there is a set of rules that determine who gets what. The rule changes don’t affect people who die with less than £250,000 in assets (excluding most assets in joint names). But for those with more – and there’s a growing number following the explosion in house prices – it could have a crucial impact on the people they leave behind.

Ahead of the changes, many lawyers were pressing for the partners in unmarried relationships to have rights over their deceased partner’s estate if they had lived together for five years. Under current rules, cohabitees have no automatic right to receive a penny – regardless of how long they have lived together or even if they had children. This means that they will need to rely on the Inheritance (Provision for Family & Dependants) Act 1975, to establish that they and/or the children were dependants and, perhaps, fight a member of the deceased’s family for a share of their estate.

So it remains the case that the only way to ensure that part, or all, of your estate will go to your partner is to make a will.

What are the new rules?

The biggest change is for married couples and civil partnerships without children. Under the old rules, if a spouse died intestate and there were no children, then the first £450,000 of the estate, plus half of the rest, went to the surviving spouse. The other half was split between the deceased’s blood relatives – which often meant the money went back to the parents.

But under the new rules, the chances of parents or more distant relatives getting a slice of the cash on death, have been swept away. Since 1 October 2014, the surviving spouse will receive the whole lot, and parents and long-lost aunties won’t see a penny. In the example above, Mary would take the entire £750,000.

There are also some important changes to what happens if a married/civil-partnered couple have children. Under the old rules, the married partner took everything up to £250,000, with a complicated system for sharing out anything above that. Firstly, the children would receive half of the balance above £250,000 immediately (or held in trust to the age of 18). Secondly, the other half would also go to the children, but the surviving spouse would also have a “life interest” in the money while she remained alive. The life interest meant he or she could take income from the money, but not the capital.

But from 1 October 2014, the life interest concept is abolished. The surviving married partner will take all of the first £250,000 and then be fully entitled to half of the remainder. All the children will get is half of anything above £250,000 – and have to wait until 18 years old to get their hands on it.

What is the pecking order?

There is a predetermined “pecking order” for which relatives get a slice of the action, failing which the money goes to the crown!

If any beneficiary is under the age of 18, then the money is held in Trust until they reach that age, but, thereafter, they are free to do whatever they want with their inheritance.

The new rules also eliminate a legal anomaly that affected adopted children. Under the old rules, if someone died leaving a child under the age of 18 who was subsequently adopted by someone else, there was a risk that the child would lose their inheritance from their natural parent. The new rules have closed that anomaly, so that there is no longer a risk of a child losing their inheritance if they are adopted after the death of their natural parent .

The definition of what is personal property or “chattels” also changes from 1 October. Under the old rules “chattels” had an archaic and arguably ambiguous definition, which included “carriages”, “linen” and “scientific instruments”. Under the new rules “chattels” are now defined as anything that is not monetary, business assets or “held as an investment”. This latter phrase is very much open to various interpretations and the courts will undoubtedly have a field-day over some hugely valuable artefact – is it a “chattel” or an “investment”?!?

Then and now – the changes

First £250,000 goes to the spouse with half of the rest going to the children and the remainder going to them when the spouse dies. But while alive, the spouse keeps a ‘life interest’ in half the money above £250,000 which lets them spend the income, but not touch the capital.

First £250,000 plus half of the rest goes to the spouse. The remaining estate goes to the children. The ‘life interest’ rule disappears.

The entire estate goes to the deceased’s blood relatives. First in line are parents, then siblings, then nieces and nephews.

Example John dies, total estate £200,000. Partner of 20 years, Susan, receives nothing. John’s parents have died, and his one brother, Jeff, has also passed away. Jeff had one child, Clare, who John barely spoke to. Clare receives all the money.

No change. Partner still receives nothing if there’s no will. There is no such thing as “common law” protection, no matter how long the partners have lived together.

Partner receives nothing. The person is treated as if they are single.

Example John has a son, Jack, from an earlier marriage, but is going out with Susan, who has a daughter, Jill, from her former partner. If John suddenly dies, Jack inherits the lot while Susan and Jill get nothing.

No change. The parents are treated as single people – with the estate going entirely to blood relatives, with children first in line.

If you need any help or advice on how to effectively organise your affairs then please speak to me today or complete the form below. Why speak to me? See my further blog to answer that question.