What do the new rules mean for your pension?

Posted June 13, 2014 by Clive Barwell | Filed under: Retirement and tagged in pension | retirement 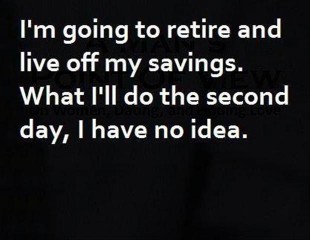 The Government has introduced some major changes to the way in which people can access their pension savings, but what does that mean for you?

The minimum age at which you can draw a pension remains the same for the time being at 55, although it is planned to increase this to 57 in 2028 and, presumably, to 58 later. In other words aligning it to the increasing State Retirement Age, albeit 10-years earlier.

Also, the first 25% of any accumulated savings can be taken as tax-free cash (correctly Pension Commencement Lump Sum – PCLS).

That a pension is still intended to provide people with life-long retirement benefits, not a car, boat or holiday!

What were the old rules?

Before I go on to review the changes, let’s consider what the position was prior to 27 March 2014.

The balance of the fund, after the PCLS, had to be used to provide an income for life. There were a number of options for generating that income, the main ones being:

What do the new rules mean?

Flexible Drawdown for all. From April 2015, Flexi-access Drawdown was introduced and no new capped drawdown arrangements can be set-up. Consequently, there are no minimum guaranteed pension income limits to qualify for what was flexible drawdown.

In essence, since April 2015, a pension comprises two elements:

So, theoretically, anyone retiring after April 2015 can withdraw all of their pension savings immediately, with the first 25% tax-free and the balance subject to Income Tax.

In addition, there is another sneaky band between £100,000 and £123,000 in 2017/18, where the effective rate of tax is 60%, because of the gradual withdrawal of the Personal Allowance between those two figures!

Of course, other taxable income in the Tax Year of retirement also has to be taken into account, so, if someone earning £50,000 gross per annum retires on 05 October 2015, exactly halfway through the Tax Year, they will have already received £25,000 in salary.

What are the issues?

Professional advice at the time of retirement is even more important now than it ever has been, because of the far-reaching implications of the new rules.

The issues to consider include:

If you are about to retire, talk to me about how we can exploit the new rules to your advantage.