Property in the European Union and your Will

Posted April 8, 2019 by Clive Barwell | Filed under: Wills Trusts & Lasting Powers of Attorney and tagged in Will 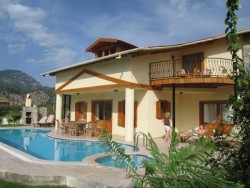 If you own assets, particularly property, in the European Union (EU), there might be restrictions on how those assets can be dealt with when you pass away. Assuming you’ve made a valid Will, the law in the UK allows you a great deal of freedom so that you can pass on your assets to whom you want. However, some other EU countries have restrictions, such as forced heirship provisions, which determine who can inherit your estate on death. The rules on how assets pass on death are called “succession rules”.

The Rules are Changing

The good news is that changes to succession rules have been introduced, which could advantage British owners of property in the EU. These changes come in the form of a European Regulation called “Brussels IV”.

What is Brussels IV?

Under Brussels IV, which came into force 17th August 2015, any British national who has property in any participating EU State can draft their Will so that the law of their nationality (or choose one of their nationalities if multiple) governs the devolution of their EU assets.

What about the UK, Ireland and Denmark?

You may have heard that the UK, Ireland and Denmark have not opted in to the Regulation. This simply means that it is not possible to make an election for “foreign law” to apply in the UK, Ireland or Denmark to property in those countries.

How does it work?

Brussels IV is the solution to the forced heirship provisions, which can currently thwart the best laid plans of British Will-makers. However, what many people are not aware of is that the new rules will only benefit those British nationals who have taken appropriate action during their lifetime by drafting a new Will.

The application of Brussels IV can be made now in your Will made under the Laws of England & Wales, Scotland or Northern Ireland.

What happens if I wait?

What if you or your spouse/partner loses the mental capacity to make a new Will or dies beforehand? In both of these scenarios the estate will not benefit from the new Regulation, which, in turn, could mean your EU property may not pass to your loved ones, regardless of what it says in your current Will!

Only by taking proper advice now and making those all important changes can you guarantee that what you want to happen actually does and ensure that any unwanted succession consequences are mitigated.

If you own property in the EU, other than in Denmark and Ireland, and you haven’t reviewed your Will, contact me today by completing the form below.