Lasting Powers of Attorney – What are they and do I need one? 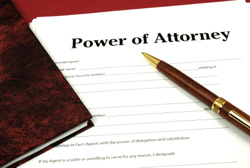 Elsewhere on this site, I’ve touched upon Lasting (and Enduring) Powers of Attorney, but I haven’t written a comprehensive article and now is the time to rectify this omission. In June 2014, the Government published, “Valuing every voice, respecting every right: Making the case for the Mental Capacity Act 2005”, which was intended to be a relaunch of the Act, following criticism by a Select Committee that there was a low level awareness generally about the Mental Capacity Act (“the Act”).

The five principles of the Act are:

This article is, of necessity, fairly long, but the key points are:

The following animation is also a good summary of the key points.

As a part of the Act, EPAs were abolished with effect from 01 October 2007 – no new EPAs could be executed after 30 September 2007, but all properly executed EPAs dated on or before that date remain valid, subject to registration by the OPG after loss of capacity. At the same time, the Act introduced Lasting Powers of Attorney (LPAs), which are much comprehensive documents, covering both Financial Decisions as well as Health & Welfare.

As a result of the Hillsborough disaster in 1989, Tony Bland was sadly diagnosed with persistent vegetative state. For people with this diagnosis, there is no hope of recovery. Tony’s family, and doctors, all agreed that he would not want to live in that state and wanted to remove his feeding tube and allow him to die gracefully. Unfortunately, the laws at the time did not allow such a thing and the case had to go to High Court, where special permission was granted. This case made it abundantly clear that a process needed to be established, and that laws needed to be changed, so, in 1993, the law commission declared that a Living Will (or an Advance Directive) should be treated in the same way as an individual stating their wishes. The Act enshrined this into law, in particular by introducing Health & Welfare LPAs.

What are the differences between an EPA and an LPA?

In practical terms, there is very little difference between the operation of an EPA and an LPA, because the actions of the Attorney(s) under both are now governed by the Act and the interpretation of the Act as a result of cases heard by the Court of Protection, all of which is based around the five principles referred to above.

Where there is a difference between an EPA and an LPA is in the protection offered to the Donor, particularly at the time of executing the LPA and at the time of registering it with the OPG.

At the time of executing the LPA, the document must also be signed by a “Certificate Provider”, who is certifying that:

People to be told

Prior to 01 July 2015, at the time the LPA was submitted to the OPG for registration, at least one person, independent of the Attorney(s) and the Donor’s immediate family needed to be nominated to be told by the OPG about the registration. This is a similar form of protection to that afforded by the Certificate Provider and is all about preventing undue influence and fraud. In particular, the grounds upon which someone could object to the registration of an LPA are:

Completion by the Attorney(s)

When the Attorney(s) sign an LPA for Financial Decisions, for example, they acknowledge the following duties:

The Attorney’s declaration on an EPA was much more limited.

What is an LPA for Financial Decisions?

A Lasting Power of Attorney for Property & Financial Affairs is fairly self-explanatory in terms of what it authorises the Attorney(s) to make decisions about. The Powers extend to all matters concerning the Donor’s financial affairs; this could include paying bills, buying property in the Donor’s name, selling property belonging to the Donor (including the Donor’s home), managing their savings & investments, continuing to run their business and making decisions about payment for the Donor’s healthcare. You can place within the LPA legally binding restrictions and conditions on the powers and the scope of authority of your Attorney(s), although care needs to be exercised about being over-restrictive and the Attorney(s) being unable to act effectively. Attorneys appointed by a Property & Financial Affairs LPA can only use this power if the LPA has been registered with the OPG, but it is valid even if the Donor hasn’t lost capacity.

What is an LPA for Health & Welfare?

A Lasting Power of Attorney for Health & Welfare covers decisions about a Donor’s personal welfare, which can include where they live, how they are cared for and what healthcare they receive, for example the decision to send the Donor to a care/nursing home. The power to continue or cease life-sustaining treatment can also be given to the Attorney(s).

The payment for the care/nursing home could not, however, be made using the LPA for Health & Welfare, only in conjunction with LPA for Property & Financial Affairs. Attorneys appointed by the Health & Welfare LPA can only use this power if the LPA has been registered with the OPG and the Donor cannot make the decision(s) themselves through loss of capacity.

What happens if I need an LPA and don’t have one?

If you were to suffer a serious accident or be diagnosed with a critical illness, confining you to bed or hospital, or become mentally incapacitated as a result of an accident, illness or old age, then without an LPA (or earlier EPA) in place, the only way your financial affairs can be managed is by an application (by a relative or someone close to you) to the Court of Protection for a Deputyship order.

The application must provide personal information about the applicant, their family, their own finances and the relationship with the person they wish to help care for. Medical evidence also needs to be obtained to demonstrate the need for the Deputyship. This process costs a considerable amount of money, both initially and on an ongoing basis, and can take anything between 10 weeks and 10 months, by which time your finances could be seriously damaged.

Even worse, a Judge will make the final decision as to who is appointed as the Deputy and this may not be who you would have wished to manage your affairs. The appointment does not even have to be a family member, as the Court may prefer to appoint a “Panel Deputy”, either a retired Solicitor or Barrister, who works for the OPG or even a local authority.

Who should have an LPA for Financial Decisions?

Everyone! Whilst, clearly, there is perhaps a greater chance of a loss of mental or physical capacity in old age, accidents and illnesses can strike at any time. So, if your family would struggle to manage financially without access to your savings and investments, you should have one. If your business would struggle to stay afloat if you were not able to make decisions, sign cheques, etc, you should have one.

Remember, you can only execute an LPA whilst you have full capacity; it is too late after the accident or illness strikes!

Who should have an LPA for Health & Welfare?

Everyone! Whilst, prior to 01 October 2007, it was rare for people to have a Living Will or Advance Directive, GPs, hospitals, care homes, Social Services, etc are now well aware of the Act. Consequently, to protect themselves, they are increasingly reluctant to make far-reaching decisions on medical treatment, particularly life-threatening or life-limiting decisions, and/or social care issues, on an informal basis with family or friends. Having an LPA Health & Welfare ensures that someone you trust, and with whom you have had a conversation about these important, intimate decisions, can then make those decisions on your behalf, if you are unable to do so.

Your Local Authority has a Statutory Duty of care towards you if you need help with “activities of daily living” and, in the absence of a Health & Welfare LPA, the Local Authority may consider their view should take precedence over the views of immediate family in terms of what care arrangements are suitable for you. Do you want the Local Authority or your Spouse, Children, etc to make those important decisions for you, if you are unable to do so yourself?

See also Dying Matters, in which I emphasise the need for dialogue with your Attorneys before they are called upon to perform their duties.

Who should I appoint as my Attorney(s)?

This is the $64,000 question! It depends upon your own family dynamic and who you trust. If you have the slightest doubt about your relationship with a family member/friend or their ability to fulfil your wishes and their legal obligations, then perhaps you need to consider appointing a professional – solicitor or accountant – although this will increase the costs. A professional can only act under a Property & Financial Affairs LPA, not a Health & Welfare LPA.

There are some basic rules you should follow, however, as follows:

I have an LPA but haven’t registered this with the OPG, is this okay?

No! Because of the complexity of LPAs, the professional fees for drawing-up documents can run into several hundreds of pounds, so it is tempting to save the additional OPG fee for registering the LPA. However, part of the registration process is a check on the correct completion and validity of the LPA documentation itself, with the OPG’s decision being final. Consequently, if you wait until the LPA is needed before approaching the OPG for registration and there’s something wrong, you are scuppered! If the Donor has lost capacity, they cannot execute a replacement LPA and you are in the realms of appointing a Deputy. The old saying, “To spoil the ship for a ha’porth of tar” springs to mind!

If, having read this article and watched this animation, you need any help or advice on how to effectively organise your affairs then please speak to me today or complete the form below.