Is the Nil Rate Band going to be £1m? 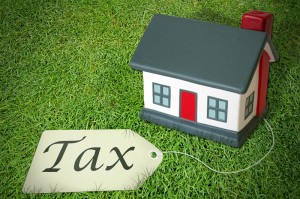 In the summer budget of 2015, the Chancellor announced measures for which the headline was an increase in the Nil Rate Band for Inheritance Tax to £1m, but is this true and, if so, who will benefit?

The standard Nil Rate Band (NRB) has remained unchanged since 2009 at £325,000 per individual. In real terms, this has fallen significantly. Using the Bank of England’s inflation calculator between 2009 and 2019, the NRB should now be some £439,075 to keep pace with inflation. Using the Nationwide index of average house prices between 2009 and 2019, it should be some £461,732. The reality, therefore, is that more people are paying Inheritance Tax (IHT) as a result of the freezing on the NRB.

The “headline rate” is achieved by assuming that the surviving spouse inherits everything on the first death and then has the double NRB on their subsequent death by virtue of the transferable NRB rules. This brings the standard NRB to £650,000 on the second death and the full Residential NRB will potentially add a further £350,000, making the £1m.

You will note, however, that I use the word “potentially” as the legislation contains some caveats, which could well mean that the additional band may not apply either partially or fully.

As the name implies, the new band is linked to a residential property and it has to be a property the deceased lived in at some point, so a residential buy-to-let would not qualify, for example, unless it was once the home of the deceased. The first of the caveats is in relation to the value of the property against which the claim is being made, because the amount of the additional band is dictated by the net value of that property. So, whilst there is potentially £350,000 available per couple, if the relevant property is valued at less than £350,000, it is the value of the property that becomes the Residential NRB. Particularly in the north, it is not unusual to have a an estate potentially liable to IHT where the property is valued at less than £350,000.

Another caveat is in relation to estates over £2m in value. Here any claim for the Residential NRB will be reduced by £1 for every £2 the value of the estate exceeds £2m, meaning that the additional band will be completely removed for an estate valued at £2.35m or more. This is the value of the entire estate, not just the property. Also, it is before the application of any reliefs such as Business Property or Agricultural Property Relief.

The final caveat is a qualification factor, being that the residence must be inherited by a “direct descendant”, which will be a child (including a step-child, adopted child or foster child) of the deceased and their lineal descendants (grandchildren, etc). Consequently, an individual with no children wanting to benefit nieces, nephews, godchildren, etc doesn’t qualify. In terms of “inherited”, this must be a direct gift of the relevant property, not via a Discretionary Trust.

There are provisions to protect people who have sold their home after 28 July 2015, when the measure was announced, to either downsize or move into residential care.

If you believe that you have an Inheritance Tax problem and want specific advice on this or any other issue, please contact me or fill in the form below.