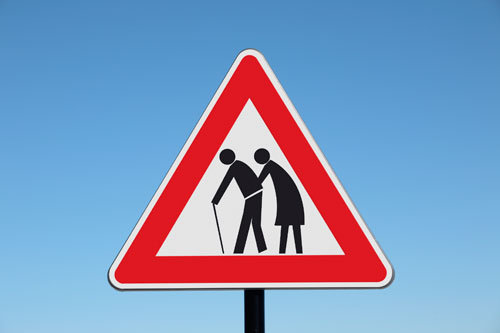 With the Government’s announcement regarding Long Term Care on Tuesday 07 September 2021 I’ve revisited this article.

On the 14th May 2014, the Care Act 2014 received the Royal Assent. The Act was implemented in two phases, the first of which started on 01 April 2015 and the remainder, mainly the financial aspects, on 01 April 2016. The backbone of the Act was published on 18th February 2013, being the Government’s response to the Dilnot Commission. By Budget Day, 20th March 2013, it had already changed its mind! Talk about policy on the hoof! By July 2015 the key funding proposals were deferred until April 2020 and some cynical commentators reckon they’ll be kicked into the “long grass” never to be seen again! Having said that, some elements reappeared in the ill-conceived Tory manifesto for the 2017 election, but have since been consigned to a further consultation. More “long grass”?

What were Dilnot’s key proposals?

Andrew Dilnot, an Economist, was appointed by the Government in 2010 to look at the current system of funding of long-term care, which many considered was inequitable, and suggest an alternative system. In the report, delivered to the Government in July 2011 there were two key proposals, as follows:

Why did the Government delay their proposals until February 2013?

The simple answer is cost. Dilnot costed his own proposals at £1.7bn and doubling in 10-years, but the Treasury pooh-poohed this, countering with an estimate of £2.5bn, which would double in 5-years. In these austere times, the Government doesn’t have spare resources of this magnitude.

Why did the Government delayed their proposals until 2020?

The simple answer again is cost. As this article will go on to explain, the cap would not benefit many people, but the cost of implementation was in the billions. Why? The system was unwieldy and bureaucratic.

What are the new rules?

This is a “first the good news” story. The good news is that the Government has re-embraced both of Dilnot’s key proposals. The cap is to be much higher than Dilnot proposed at £86,000, but the asset threshold is to be held at £100,000 (so, no allowance for inflation since July 2011). Okay, so what’s the bad news? The bad news is in two stages; firstly, how the cap will be applied and, secondly, what income would be deemed to be generated by assets at or below the £100,000 threshold.

The Government (and Dilnot) differentiated between “care” costs and “board & lodging” costs, with only the former counting towards the cap. In the proposals, the Government suggested the board & lodging component should be a universal £12,000 per annum, with no regional variation, which is the equivalent of £200 per week. The care component is then calculated by reference to the maximum amount the Local Authority will pay a Care Home or Nursing Home for someone who is receiving such funding.

These limits do have marked regional variations, as the following calculations (2013 prices) show:

One of my first observations from these calculations is the time it would take to reach the cap. Based on research undertaken by the British Geriatrics Society and published in May 2020, the average stay in a care home is just 24-months and in a nursing home 12-months. Consequently, only the minority would live in care long enough to reach the cap in either Kent or Lancashire. The other observation is the sheer amount that would have been expended, even at average care costs, before reaching the cap.

It should be noted that no expenditure on care prior to the introduction of the cap would count towards the cap.

How would the new asset limit work?

The answer to this is exactly the same as the current limit. So, as I have already said, currently assets over £23,250 are deemed to generate sufficient income to cover care costs at any level. Assets between £23,250 and the current lower threshold of £14,250 are deemed to generate a “tariff income” of £1 per week per £250. This is £52 per annum per £250 of capital, or a return of 20.8% per annum! When I do my talks on this topic, I ask for a show of hands at this point as to who would like a 20.8% return on their savings, with no risk!

The new lower threshold is to be set at £20,000. However, the tariff income between this and the new upper threshold of £100,000 remained the same – £1 per week per £250 over the lower threshold. So, anyone with assets of £100,000, again, including their solely owned and occupied home, will be deemed to have an income from these assets alone of £320 per week. Consequently, with just State Pension, let alone any occupational or personal pension income, people with assets at £100,000 are unlikely to receive much Local Authority funding until their assets had been seriously depleted.

How can the Government claim that homes won’t be sold?

By now you will be getting a clear picture that the Government is only paying lip-service to Dilnot’s proposals and that, in reality, very few people will actually benefit. How, therefore, can the Government claim that nobody’s home will have to be sold to pay for their care? This is the last bit of the Government’s “smoke and mirrors” subterfuge.

Elsewhere I have written about the Deferred Payment Scheme and this is how the Government can claim that nobody will have to sell their own home to pay for their care. However, it doesn’t mean that the family won’t have to sell the home after Granny’s death to clear the loan and accrued interest. Many people of my generation grew-up watching the Lone Ranger on television; to plagiarise his native American companion, Tonto might have said, “Health Minister speak with fork tongue”!

What can I do to protect my children’s inheritance?

That’s the $64,000 question. In my opinion, very little, other than, perhaps, some prudent Will planning.

The Government hopes that the insurance industry will come to its rescue and devise some sort of pre-funded scheme. These were available until relatively recently, but all were withdrawn for lack of support. Currently, no insurers have said that they will introduce a new scheme, although a couple have added a high-cost option to their Whole of Life plans for a pay-out on the diagnosis of certain activities of daily living.

If you need some advice based upon your individual situation or that of a loved-one, just complete the form below.