Deliberate Deprivation and the Family Home

Posted May 27, 2020 by Clive Barwell | Filed under: Care Fees Planning and tagged in care fees 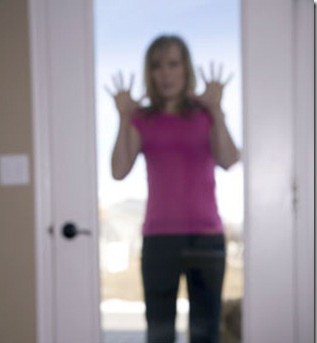 My mailbox recently had the following question in it and I thought I should share my answer as it is a commonly recurring theme.

“My question is, no doubt, the most common one; should I put my 88 year old mother’s house (approx value £220,000) in our joint names; she has no savings? My mother was diagnosed with Alzheimer’s 5 years ago, but the illness is progressing slowly and she is unlikely to need care for 2/3 years. Would this fall under the ‘deprivation’ rule? I have an Enduring Power of Attorney for my mother”

Can an Attorney make substantial gifts?

Firstly, you say that there has been a diagnosis of Alzheimer’s and that you have an Enduring Power of Attorney (EPA); can I infer from that that your Mother has lost the capacity to deal with her own affairs? If so, the rest of my answer is irrelevant, because the EPA doesn’t give you sufficient authority to give yourself a half-share of your Mother’s home. The EPA only enables you to continue with the sorts of gifts that your Mother would have made whilst she had capacity – generally normal Christmas/Birthday- type gifts.

If your Mother does still have capacity, then she could sign the necessary documents, but the Solicitors preparing those documents would need to satisfy themselves that your Mother fully understood what she was doing.

What is the financial planning purpose of the transaction?

Secondly, what would be the reason for doing it other than to save care fees by attempting to significantly reduce the assessable value of the property for means-testing purposes in the event of Council funded care being needed in the future? There has to be a legitimate financial planning reason, other than saving care fees, for any transaction to avoid scrutiny as potentially Deliberate Deprivation.

In this case, there is no other reason, is there? Even if there was Inheritance Tax (IHT) to pay on Mother’s death, which there won’t be, giving away half her house whilst continuing to live there is the classic “gift with reservation of benefit” and would be disregarded for IHT purposes. In fact, there is a strong financial planning reason for not doing it, as Capital Gains Tax perhaps comes into play on the eventual sale of the property, making the transaction potentially detrimental rather than beneficial. Also, should you get divorced, go bankrupt or die, half of your Mother’s home is an asset of yours to take into account.

Is care already a foreseeable requirement?

Thirdly, there is the question of time-scale. With Mother already having the Alzheimer’s diagnosis and perhaps needing formal care within the foreseeable future, it would be easier for the Local Authority to claim Deliberate Deprivation. Transactions carried out whilst someone is fit, well and years away from needing care are harder for the Local Authority to prove as being Deliberate Deprivation.

The reality is that Local Authorities generally have been somewhat apathetic about pursuing Deliberate Deprivation cases, but I believe this is beginning to change, especially in light of the cost-saving, austere times in which we live.

Also, with the implementation of the Care Act 2014, a more aggressive stance is being taken. There was a warning shot in Jeremy Hunt’s (Health Minister) statement to Parliament (and subsequent press release) on 11 February 2013.

Not the answer you were hoping for, but I trust this helps your thinking?

If you have a question about any aspect of care fees planning, just complete the form below me and I’ll do my best to help – there’s no charge!