Can I use my Will to save Inheritance Tax? 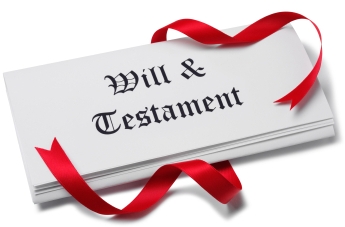 Up to 09 October 2007 Wills with Nil Rate Band Discretionary Trusts were a popular way of mitigating Inheritance Tax (IHT).

This changed with the introduction of “Transferable Nil Rate Bands” which means that any unused Nil Rate Band is passed to the surviving spouse or civil partner to use on the second death.

However, can a properly drafted Will still help with IHT planning? And should Wills drafted before October 2007 be reviewed?

The following 3 case studies, which were prepared prior to the introduction of the Residential Nil Rate Band, examine some of the pitfalls of failing to think about all the IHT issues when drafting or reviewing a Will:

Norman and Mary are both in their 80s, married with two adult children. They have the following assets:

They have mirror Wills, produced by their Solicitor about years ago, by which they leave everything to each other and, following the second death, to their children equally. As was commonplace, the Solicitor included a survivorship clause, whereby the gift to the spouse only took effect if they survived for a period of 28 days.

At the time the Wills were drafted, such a survivorship clause could be Inheritance Tax (IHT) efficient in the event of the two deaths occurring simultaneously or in quick succession. However, since the advent of transferrable Nil Rate Bands, the survivorship clause creates, rather than solves an IHT issue.

In the winter of 2009 they both contracted swine flu and Norman died on 6th December and Mary on 16th December, in which event, Norman’s estate passes equally to the two children as a result of the operation of the survivorship clause.

Norman’s estate comprises his cash savings and his investment portfolio totalling £370,000. This now passes to non-exempt beneficiaries so there is IHT to pay of £18,000, as follows:

On Mary’s death her estate comprises the joint asset, inherited by survivorship, and her own cash savings, a total of £280,000, as follows:

As this is below the Nil Rate Band, there is no IHT to pay.

Without the survivorship clause in Norman’s Will, all the assets would have passed to Mary – £650,000 in total – but as none of Norman’s Nil Rate Band had been used, Mary would then have both bands at her disposal a total of £650,000 (2 x £325,000). In other words, the previously tax-efficient survivorship clause has just cost Norman and Mary’s children £18,000!

The moral of the story is – review your Wills in detail and if they have a survivorship clause I urge you to consider having new documents drafted.

Jack and Sandra are in their 50s, married and have one Son. They each have two children from a previous marriage.

Their assets comprise the following:

Sandra’s maiden Aunt, Cecelia, is in her late 70s and is very wealthy; Sandra is her sole beneficiary.

They have mirror Wills, prepared by their Solicitor years ago, by which they create a Nil Rate Band (NRB) Discretionary Trust on the first death. Each other, their son and the two children from a previous marriage are the potential beneficiaries of the trust in the respective Wills.

Jack dies suddenly, having had a massive heart attack. His entire estate passes into the NRB Trust – there is no Inheritance Tax (IHT) to pay, as it is well below the Nil Rate Band.

Jack’s Trust has grown to £400,000, so total combined assets at the date of Sandra’s death were £2,000,000, which would have been exempt from IHT had the transferrable NRB been available to Sandra.

The same planning for the family and flexibility for Sandra would have been achieved if Jack’s Will had contained a Flexible Life Interest Trust for Sandra instead of the Discretionary Trust. However, instead of utilising the NRB on Jack’s death, the assets in the Trust are deemed to be Sandra’s for IHT Purposes. Consequently, on her subsequent death, Jack’s NRB is transferred to Sandra and her estate is then exempt from IHT.

The NRB Trust, originally designed to both protect Jack’s children and also to be IHT-efficient, has actually cost the family £240,000!

The moral of the story is – review all Wills containing NRB Trusts.

Graham and Jo are both in their 50s, married with two adult children. They have the following assets:

The business, which is a manufacturing company, has been running for over 5-years and Graham was a founding Director. Consequently, as the shares have been owned for more than 2-years, they would qualify for Business Property Relief (BPR) and be valued at nil for Inheritance Tax (IHT) purposes

They have mirror Wills, produced by their Solicitor years ago, by which they leave everything to each other and, following the second death, to their children equally.

In April 2010, Graham is killed in a car accident and, shortly after his death and following a claim on his Shareholder protection plan, his co-Directors acquire his shares for the full £500,000. Six months later, Jo, who was already suffering with depression, cannot face life without Graham and commits suicide.

Graham’s estate comprises his shares and cash savings totalling £520,000, all of which pass to Jo and are consequently exempt from IHT in any event, because she is an exempt beneficiary. On her subsequent death £200,000 in IHT will be payable, as follows:

Had Graham’s Will contained a clause gifting any assets subject to BPR into a Discretionary Trust of which Jo and the two children were potential beneficiaries, the IHT position on Jo’s subsequent death would be, dramatically different, as her estate would now comprise just their personal assets, viz:

Still none of Graham’s Nil Rate Band was utilised on his death, because the only assets passing into his Will Trust were valued at nil for IHT purposes. Consequently, the whole of Jo’s estate passes to the two children without any IHT as she has both Nil Rate Bands available to her (2 x £325,000).

If the Trust is distributed within 10-years of Graham’s death there will be no IHT charge on that, so the entire £200,000 in IHT would be saved!

The moral of the story is – if you have business property likely to be exempt from IHT get your Will reviewed.

If you believe you have an Inheritance Tax problem and want to know what legitimate steps you can take to mitigate this or you need to review your Will, contact me today, or complete the form below.