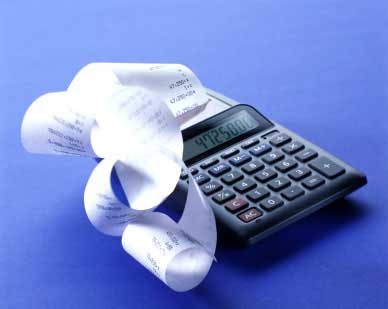 How is Inheritance Tax calculated?

Other than in some Trust situations, which I won’t go into here, Inheritance Tax is payable on the net value of your estate after you die.

The starting point is adding-up the value of everything you own, including your home, possessions, savings, investments, right down to the cash in your wallet or purse on the date of your death. The value is calculated on a “willing buyer, willing seller” basis, i.e. what you could reasonably expect to get if you sold the item on the open market.

From this figure is deducted the debts of your estate – funeral bill, tax outstanding, household bills, credit cards, etc. Next the Allowances and Exemptions, which I discuss elsewhere, are deducted to arrive at the taxable estate.

So, let’s look at a couple of examples.

The first is a man with a net estate of £1,500,000 who leaves 10% to charity and half the balance to his Wife and the other half to his Children:

The second is the same scenario without the gift to charity and everything to the surviving spouse and then on to the children on the second death:

How often are the rates decided?

The Nil Rate Band and rates of Inheritance Tax are set by Parliament as a part of the Finance Act following the Budget, so, theoretically could be changed annually.

The Nil Rate Band changed every year from 1986 when it was £71,000 until April 2009, when it reached £325,000. However, the Nil Rate Band has since been frozen and is set to remain the same until April 2019, meaning that it will have been unchanged for 10-years. As far as the rate of tax is concerned, this was 40% when Inheritance Tax was introduces in 1986, and, other than the concession introduced in 2011 for relevant charitable gifts, has remained unchanged since.

Are there any impending changes I need to be aware of?

Not in terms of rates, etc as outlined above. However, in common with all aspects of tax collection, HMRC is becoming more vigilant and more aggressive in terms of the tax it collects and IHT is no exception.

Exploiting Allowance and Exemptions to reduce Inheritance Tax is a legitimate pastime, but failing to fully declare assets, including substantial gifts within 7-years of death, is tax evasion and HMRC is coming down on people like a ton of bricks. If, in failing to make a full disclosure, insufficient Inheritance Tax is paid, not only is the additional tax payable, but the penalty could be as much as the additional tax again!

If you believe you have an Inheritance Tax problem and want to know what legitimate steps you can take to mitigate this, contact me today, or complete the form below.